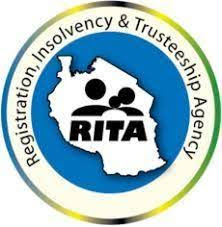 Historical Background
RITA was officially launched on the 23rd June 2006 and replaces what was known as the Administrator Generals Department in the Attorney Generals Chambers,Ministry of Justice and Constitutional Affairs. It is an Executive Agency under the Attorney Generals Chambers in the Ministry of Justice and Constitutional Affairs.
Read Also:
Do you Need To Study Abroad Get Your Scholarships Today | Click Here For More Scholarships and Apply Now!
The history of RITA dates back in 1917 when the German Colonial power enacted a law for registration of births and deaths (Proclamation No.15 of 1917 (Civil Area). When the British took over the administration of Tanganyika (Tanzania Mainland) from the Germans retained the Register of births and deaths established under the Germans law by saving it under the Births and Deaths Registration Ordinance, 1920 (Cap.108)
READ ALSO:
CHECK TAARIF ZOTE MPYA NA MUHIMU KUHUSU UDAHILI/ADMISSION CERTIFICATE, DIPLOMA AND DEGREE (TCU, NACTE, HESLB and RITA) 2019/20 ACADEMIC YEAR, CLICK HERE!
It should be noted that under both colonial powers registration of births and deaths was not compulsory for Africans. See advertisement in picture below click to zoom 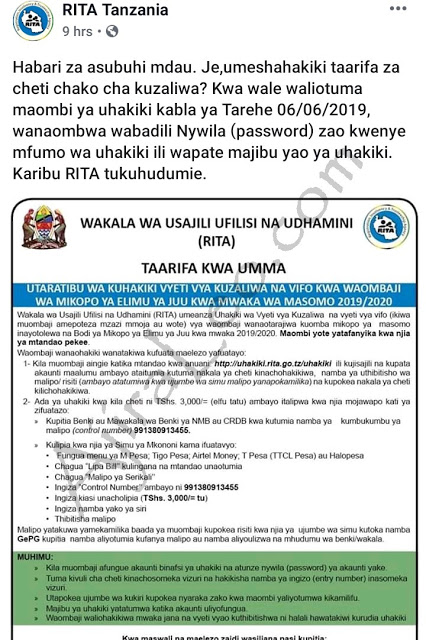