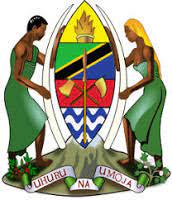 Government Job Vacancies DODOMA at BAHI District Council, Ajira Mpya BAHI 2021, Nafasi Za Kazi Serikalini 2021
Dodoma Region is one of Tanzania's 31 administrative regions. The regional capital is the city of Dodoma. According to the 2012 national census, the region had a population of 2,083,588, which was lower than the pre-census projection of 2,214,657. For 2002-2012, the region's 2.1 percent average annual population growth rate was the twentieth highest in the country. It was also the seventeenth most densely populated region with 50 people per square kilometer. The main tribes of the region are the Gogo, the Warangi, and the Wasandawi; Dodoma means "sunk" in the Gogo language.
Geography
The Dodoma Region lies in the heart of Tanzania in the eastern-central part of the country, the main city being about 300 miles (480 km) from the coast. The region, which is primarily semi-arid, covers an area of 41,311 square kilometres (15,950 sq mi), making it slightly larger than Switzerland (41,284 square kilometres (15,940 sq mi)). The region is bordered by the Manyara Region to the north, the Tanga region to the north east, the Singida Region to the west, the Iringa Region to the south, and the Morogoro Region to the east and southeast. The Wami River Sub-Basin "extends from the semi-arid Dodoma region to the humid inland swamps in the Morogoro region to Saadani Village in the coastal Bagamoyo district", and the Kikuyu River also flows through the region, flowing near the city of Dodoma itself.
The region produces beans, seeds, grain, peanuts, coffee, tea, and tobacco. Cattle are also raised and marketed.
BAHI
Bahi District is one of the seven districts of the Dodoma Region of Tanzania. Bahi District is bordered to the north by Chemba District, to the east by Dodoma District and Chamwino District, and to the west by Singida Region. Its administrative seat is the town of Bahi.
Population
According to the 2012 Tanzania National Census, the population of Bahi District was 221,645.
Transport
Paved trunk road T3 from Morogoro to the Rwandan border passes through the district.
The central railway of Tanzania passes through Bahi District as well and there is a train station in Bahi town.
New Government Job Opportunities DODOMA at BAHI District Council, 2021.
Today we announce jobs at BAHI District Council. Read carefully all currently available jobs descriptions by downloading PDF File attached....
(KUSOMA MAELEZO KAMILI IN SWAHILI AND MODE OF APPLICATION BONYEZA LINK HAPA CHINI KU DOWNLOAD PDF FILE) Full details and apply through the link below:Deadline: 14th October, 2021.Position: Various Posts (7 Vacancies)
DOWNLOAD PDF FILE HERE! 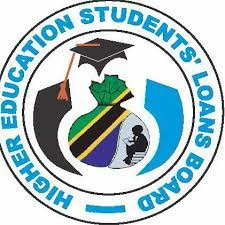