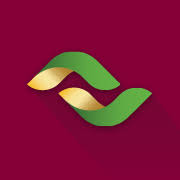 Amana Bank is a commercial bank in Tanzania. It is licensed by the Bank of Tanzania, the central bank and national banking regulator.

The headquarters and main branch of Amana Bank are located in Golden Jubilee Tower, along Garden Avenue, in the central business district of the city of Dar es Salaam, the largest city and financial capital of Tanzania

Amana Bank was established in 2011 with paid-up capital of TSh27 billion (approx. US$12.6 million in 2016 money). It is the first fully Sharia-compliant bank in Tanzania. The discussions to establish this bank date back to October 2009, among prominent Tanzanian business personalities

NIMR is now inviting applications from highly motivated and suitably qualified candidates to fill the following positions. Click each post to read full details and apply:

Deadline for submission of application is Friday, 24th December 2021.
All applications (Application letter, Resume, and copy of certificates) should be sent through jobs@amanabank.co.tz.
Only shortlisted candidates will be contacted.